office hours 9am to 4pm

5 ways pitching competitions are just like running a small business

Recently, I was asked to be one of the judges for the Brunel Venture Competition. Think Dragons Den style, but entrants were competing for one overall prize rather than investment from us. The competition is open to current and former Brunel students.

In terms of the businesses, they were all very different and exciting in their own way. But sitting there listening to each of the pitches got me thinking about how, as small business owners, we’re pitching our businesses every day.

As the day unfolded, it struck me how alike running a business and pitching in a competition are. I was also awestruck by each of the entrants and the amount of passion and work that had gone into each of their pitches.

So, that’s how this blog post came into being. And below are the lessons I took from being a judge for the day. Lessons that apply to all small business owners every day.

Each of the pitches lasted 15 minutes, with 5 minutes of Q&A with the judges. There were some entrants who obviously had put much more time into preparing their pitches. They knew their figures inside out and dealt with the trickiest of questions effortlessly.

It’s no different when you run your business day in, day out. Whatever you’re about to do, whether it’s a meeting with a prospective customer, devising new products or services, or even a new marketing campaign, the success comes from doing your homework properly. If you’ve done that, then you’re ready and very little can flummox you and get in the way of your success.

It’s difficult to not let those little voices get you thinking that maybe you could be wrong. One of the pitches, in particular, came up against this. They had done their research, but with one comment from one of the judges, they started doubting some of the figures that backed up their business idea. At that particular moment, one of two things could have happened: the entrants could have crumbled and lost the energy of their pitch, or they could have acknowledged what the judge said, put it to one side and carried on. Thankfully, the latter happened and they finished their pitch in the knowledge they’d done all they could.

Running a small business means you will be continually exposed to self-doubt. A small, throwaway comment from someone can send you scurrying off analysing what you’ve done, double-checking and reviewing everything. And in small measures, that’s no bad thing. But if it stops you, paralyses you and your business suffers, then you’re putting too much stock into a comment that the person who said it will probably have forgotten long before you do! You’re the expert in what you do, so take some comfort from that and have the courage of your convictions!

3. Failing to plan is planning to fail

This is slightly different from point one. One of the contestants had a video as part of their pitch. But, they hadn’t tested whether it worked in the room where the pitching happened. Something that was such an integral part of the pitch failed to deliver. The video was played on a laptop, which was placed in front of the judges. But the impact was lost as we all craned to see and hear.

I can tell you that this has happened to me. Quite recently, in fact. I arrived to do a presentation and, even though I was early, I didn’t check it. I’d sent it to the organisers in advance of the event, and I really should have flicked through the slides. It wasn’t until I got up to talk that I realized all the hard work I’d put in to make my slides look great had been undone. All the presentations were merged together and every bit of formatting from mine was gone!

Whatever you’re doing as a small business owner, make sure you have allocated time to plan properly to ensure the outcome is as great as you want it to be.

4. Tenacity is your best friend

One of the Venture Competition entrants looked really familiar to me. When I talked to the organisers, they confirmed that he had entered the competition the pervious year, with a completely different business idea. He hadn’t won the previous year, but had come back with a different idea, which had been well researched and very well presented. And guess what? He went on to win the team prize this year!

Not giving up is the biggest lesson any small business owner can learn. It’s easy to think that something’s too hard, too much effort, not achievable. Belief and tenacity are what you need. Not giving up until you’ve exhausted every possibility will help you achieve your goals.

5. Chalk it up to experience

The Venture competition awarded a cash prize to the best team pitch and the best individual one. Out of 10 pitches, 7 ended up getting nothing. (We decided to have two individual winners.) Well, you could say that 7 entrants ended up with nothing. Or you could look at it in another way. They entered a competition and pitched a business idea. Many of them for the first time. They’d put together a business plan, planned a presentation and got up on the day and talked to five people who were there to judge their idea.

Just as for this group, sometimes things won’t go the way we want. We might not win that award or that piece of business. It’s what we do with the lessons learned that is important and will help us fight another day!

I loved being a judge on the Venture Competition. It gave me a perspective I wasn’t expecting and also gave me the opportunity to meet some of this country’s brightest future entrepreneurs. Why don’t you see if you can get involved in something similar? It’ll give you loads of insight too!

This site uses Akismet to reduce spam. Learn how your comment data is processed.

Are you an introvert? Do you find networking difficult? The answer may lie in making use of LinkedIn! In this new Minal Meets, I chat with Jen Corcoran of My Super Connector about how she exclusively uses LinkedIn for her business and why, as an introvert, it’s the perfect platform for her.Jen will be joining me on The Marketing Mix next Tuesday, so if you have any questions, come along next week to ask them!#SmallBusinessMarketing #SmallBusiness #SmallBizUK #SmallBusinessUK #Marketing #LinkedIn

LinkedIn can be a stressful place. Add being an introvert to the mix and you might want to hide. But there’s a way forward. 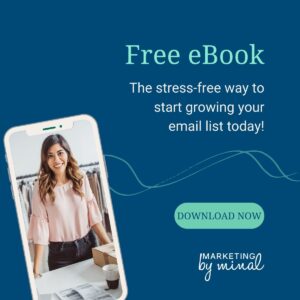